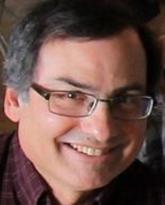 Our work focuses on two genetic networks that enable ubiquitous cellular structures, the actin and microtubule-based cytoskeletons, to carry out specific processes critical to C. elegans embryonic development. The first genetic network that we study focuses on morphogenesis - how a ball of cells (the embryo) is transformed into a tube-shaped worm. This occurs when the epidermal cells on the surface of the embryo contract, squeezing the embryo into its new shape. We found the gene let-502 (which encodes a Rho-binding kinase) and me1-11 (a myosin phosphatase) function with ten other genes to cause the actin cytoskeleton in the embryo's epidermal cells to contract. Homologous contractile pathways mediate rearrangements of the actin-myosin cytoskeleton during the cellular remodelling common to animal embryogenesis, neuronal out growth and smooth muscle contraction.

The second genetic network enables the embryo to change from one mode of cell division to another, from meiosis to mitosis. The microtubule-based spindles for meiosis and mitosis are very different, but occur in the same cytoplasm within a short time of one another. This requires that the products unique to one division be carefully regulated so as not to interfere with the other division. We found that the genes mei-1 and mei-2, which encode subunits of the microtubule-severing protein “katanin”, function to keep meiotic spindle microtubules short in a cytoplasm that will soon support the unusually long microtubules characteristic of the early cleavage spindles. mei-1/mei-2 activity must be precisely confined to meiosis, otherwise lethal mitotic defects result. This is accomplished through the activity of the gene mel-26, which encodes the substrate-specific adaptor that marks mei-1 protein for ubiquitin-mediated degradation. We are currently studying a system that acts in parallel with mel-26 to degrade mei-1 protein after the completion of meiosis. In both projects, classical genetic methods are used to identify interacting genes and then molecular approaches are employed to clone the genes and analyze the genetic interactions at the biochemical level.