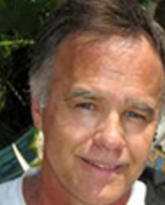 Dr. Turner received his PhD in Neurophysiology at the University of British Columbia in 1985, and completed to Postdoctoral training periods at the National Institutes of Health in Bethesda, MD, and the Department of Anatomy at the University of Ottawa.  He joined the University Calgary in 1991 and is now a Professor in the Department of Cell Biology and Anatomy and a secondary member of the Department of Physiology and Pharmacology.  He also serves in the capacity of Associate Dean Research Grants in the Cumming School of Medicine.   Work in Dr. Turner’s lab centers on the nature of interactions between ion channels at the molecular and physiological levels, with an emphasis on channels activated primarily in the subthreshold region. Recent work has focused on the relationship between a low voltage-activated T type calcium channel and Kv4, HCN, BK, and IKCa channels, and their role in controlling the response to synaptic input or the pattern of spike output in cerebellar or hippocampal neurons using a combination of electrophysiology, immunocytochemistry, molecular biology, and optogenetics. With the recognition that IKCa channels are expressed in the CNS, the functional role of this channel type is also being investigated in other central neurons.