"I've learned so much since I started the MSW... I think I was really missing that clinical component..." Sam Leibel Jason Chernow

Sam Leibel, MSW ’19, says he always wanted to be a social worker, even before he was sure of what that was, exactly.

Growing up in a rural community, he witnessed first-hand rampant transphobia, homophobia, racism and sexism. Rather than break his spirit, though, those experiences galvanized him, setting him on a lifelong course in which he found ways to do something about it.

“I didn't have the language to say, ‘This is oppression’ at that time, but I just knew that something wasn't right,” says Leibel. “That's kind of what drew me in: those early experiences of seeing the inequity in my community and just not being okay with that… just the exposure to that and then reflecting on what I valued and what kind of world that I wanted to see.”

Later, Leibel pursued his calling and enrolled in the Bachelor of Social Work program offered by UCalgary’s Central and Northern Campus in Edmonton. It was at that time that he once again faced the ugly reality of transphobia, and, once again, the experience proved to be pivotal. In addition to his studies, Leibel worked in a youth group home where he noticed a disproportionately high number of trans adolescents passing through. Worse still, those individuals were often subject to further victimization in the very place where they sought refuge.

“The way they were treated by other residents was despicable,” he says. “It was horrifying to see that. I would always think, ‘At least I can go home.’ I used to just think about those youth who — even when they're home — there's no safe place for them.”

Leibel eventually addressed the issue through action, founding the organization Safe Accommodations for Queer Edmonton Youth while a Master of Social Work student (once again at UCalgary‘s Central and Northern Campus). In fact, it was a presentation on LGBTQ2S+ homelessness that he gave as part of his course work that gave Leibel the opportunity to do something really concrete. Following the talk, he was approached with an offer from an audience member who ran several group homes in the area.

“She emailed me after and was like, ‘I was so touched by your presentation, and we have a vacant house. Can we collaborate?',” he recalls.

Currently, that house is not only operational, but full. Leibel laments having to turn people away and says they’re looking for more funding. However, he adds that more space alone won’t solve the larger problem, which he describes as a potential blind spot to LQBTQ2S+ issues in the social work profession. This is something that a broader spectrum of graduates and post-graduates would help rectify.

“We need people in diverse communities to have access to education, because a straight cisgender person might not even have noticed [trans homelessness],” he says.

There's not a lot of expertise out there in working with the trans community or even the LGBTQ+ community in general. I wish that there was more specialized knowledge and services out there.

"I mean, it's nice to be able to offer some of that to people. But I do feel like we need more — more clinicians specializing in this area.”

For his part, Leibel spent five years working in the field after graduating with a BSW before returning for his Clinical Master of Social Work degree. He says the experience was well worth it in terms of equipping him to better serve his community.

“I just feel like I have more tools in my toolkit. I was really missing that clinical component,” he says.  “Before, I didn't know much about dissociation or different therapeutic modalities like DBT [dialectical behaviour therapy] or EMDR [eye movement desensitization and reprocessing].

"I just wanted to continue to grow and learn and challenge myself, and I'm really glad I did. I want to serve my community and help build in structures that are going to support people's wellness, because we need more trans people who are able to succeed.”

The Faculty of Social Work offers Master of Social Work (MSW) education across Alberta, through our campuses in Calgary and Edmonton, and online. We have specializations in Clinical Social Work Practice and International and Community Development.

Students with an undergraduate degree in another subject can apply to faculty as foundation students, who begin their MSW journey with a year of foundational social work education. If you have questions for instructors, or would, perhaps, like to speak to a former or current student, drop us a line at fswcomms@ucalgary.ca. 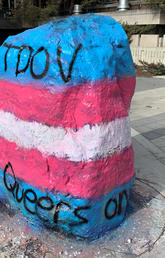 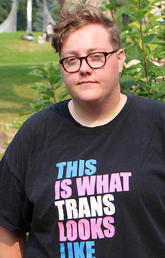 How do wait times for transgender medical care affect those awaiting treatment? 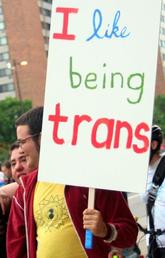 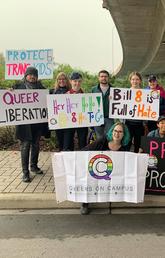 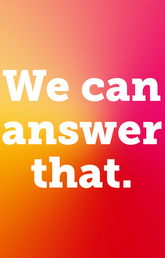 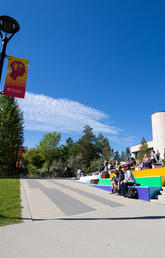