$724,923 raised will impact communities and strengthen our city

University of Calgary students, faculty and staff showed their community spirit once again supporting the university’s annual United Way campaign. It was another exceptional year with $724,923 raised, setting a new university record.

The campaign was led by Dr. Bill Rosehart, dean of the Schulich School of Engineering, and Dr. Cindy Graham, vice-dean of the Faculty of Science. They were supported by the leadership giving committee, led by Dr. Natasha Kenny, senior director of the Taylor Institute for Teaching and Learning, and a cabinet of more than 40 volunteers representing every faculty and unit. Karen Jackson, general counsel, was the executive sponsor. All were present at a celebratory wrap-up event on Tuesday, where after much anticipation, the 2019 fundraising total was announced.

“It has been a tough year for many in the community, and the university has not been immune,” said Rosehart at the event. “Despite that, through this campaign, we saw the commitment of our campus community to help improve the lives of all Calgarians everywhere.”

“The United Way is a key partner for the university. We find ourselves working in similar areas, such as mental health, intergenerational trauma, and school and career success," said Graham. “Many of our students and researchers work with United Way and their agency partners. We have a better ability to make lasting change by working together and this campaign is meant to show our support for their work.”

At the wrap-up event, five awards were given to the faculties and units who excelled in their campaigns:

United Way campaign wrap-up event at the University of Calgary.

“I am very proud of what the University of Calgary has accomplished during this campaign,” said Jackson. “More of us stepped up this year to make a difference — whether it was through donating or volunteering or learning more about the issues our neighbours face daily.”

Learn more about the United Way of Calgary and Area and how your contributions do local good in Calgary communities, and visit our site to learn more about this year’s campaign and future activities. 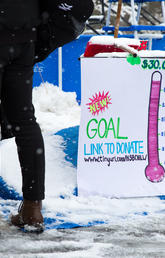 In these uncertain times, our university family continues to help those in need 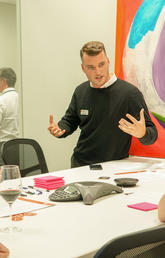 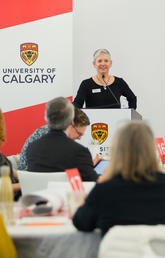 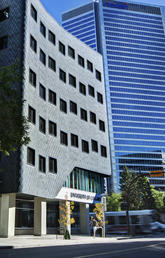 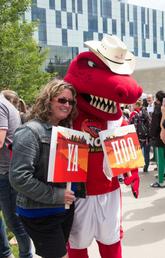