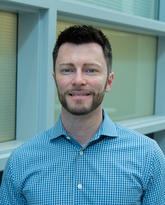 Dr. Daniel Niven is an Assistant Professor in the Department of Critical Care Medicine since April 1, 2016. He obtained his MD from the University of Calgary in 2006, and completed additional training in Internal Medicine and Critical Care Medicine in 2011. He subsequently completed a PhD in Health Services Research between 2012 and 2015. His clinical appointment is primarily based at the Peter Lougheed Centre ICU. His research focuses on improving use of evidence-based best practices in critical care through methods in Knowledge Translation. In 2016 he received the CIHR Institute of Health Services and Policy Research (IHSPR) Rising Star award, and in 2017 he was named one of Avenue Magazine’s Top 40 under 40 for the City of Calgary. In 2019 he received a Faculty of Graduate Studies GreatSupervisor award for his work supervising graduate students. In 2020, he was awarded the O'Brien Institute for Public Health Emerging Researcher Award.