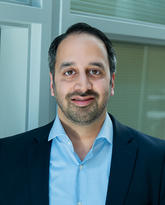 Dr. Ken Parhar has been a member of the Department of Critical Care Medicine since 2013.  Ken was born and raised on Vancouver Island.  He attended the University of British Columbia where he completed his Bachelor of Science in Microbiology and Immunology (Honors), as well as a Master of Science in Experimental Medicine.   After completing his Medical degree at Queen’s University, he moved west to Calgary for Internal Medicine residency.  Ken has completed fellowship training in General Internal Medicine, as well as Critical Care Medicine in Calgary, which included training in echocardiography.  Ken has also completed an advanced fellowship in Cardio-Thoracic Critical Care at Papworth Hospital in Cambridge, England, with a focus on mechanical circulatory support.   His clinical interests include hypoxemic respiratory failure, ARDS and extracorporeal life support (ECLS).  Ken currently leads the ECLS program, and is also leading a combined QI/research project on ARDS management in Calgary. Ken is also the president-elect the Alberta Medical Association – Section of Intensive Care.   Ken and his family enjoy travelling in their spare time, and have travelled all over the world including Asia, South America, and Africa (all the way to the top of Mount Kilimanjaro).   Being from BC originally, Ken is a very dedicated Vancouver Canucks fan.