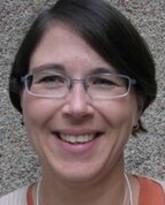 One of my current research foci lies in the characterization and mapping of the genes causing autosomal recessive disorders in the Hutterite population. Funding was obtained to identify the genes involved in two novel neurodevelopmental disorders, which were recently clinically characterized by geneticists within the Department. The gene causing one of the disorders was successfully mapped; further refinement of the critical region and characterization of the causative gene within this region is ongoing.