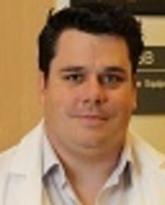 Dr. Craig Jenne started his research career as a graduate student at the University of Calgary under the supervision of Dr. John Reynolds. Following his PhD, Dr. Jenne joined an NIH collaboration between the University of California San Francisco and the Australian National University. During this time, under the mentorship of Dr. Jason Cyster and Dr. Chris Goodnow, an interest in the interface between innate and adaptive immunity was peeked.

Upon completion of this post-doctoal position, an opportunity to study the role of innate immunity in viral infections saw Dr. Jenne return to Calgary to join the group of Dr. Paul Kubes. Here Dr. Jenne was exposed to the field of intravital microscopy, an area that now has become his primary focus. During his time in Dr. Kubes’ lab, Dr. Jenne has developed a number of models to study the innate immune response to viral and highly pathogenic bacterial infections. It was also during this time that Dr. Jenne took on the role of Scientific Director of the Snyder Translational Lab in Critical Care Medicine, a position that allows him to work directly with Clinicians and Researchers on human clinical studies.

Dr. Jenne has a faculty appointment within the department of Microbiology, Immunology and Infectious Diseases and the Department of Critical Care Medicine at the University of Calgary and is continuing his work using intravital microscopy to study the early innate immune response to viral and bacterial infections.