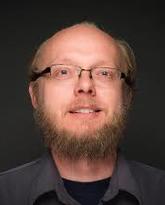 Research:
As molecular virologist, I am interested in the molecular mechanisms underlying viral pathogenesis, and thereby increasing the understanding of the host-pathogen interface. Currently, I am studying the pathogenesis of both West Nile virus and Human immunodeficiency virus type 1 (HIV-1). The research on West Nile virus is aimed at elucidating the mechanism underlying West Nile virus induced neurological disease. West Nile virus infects both neurons and glia within the brain resulting in neuro-inflammation and neuronal death or damage. The mechanism of neuronal death is assumed to be through apoptosis, although the precise death signaling pathways are unresolved. In addition, innate immunity in terms of glial cell activation with subsequent release of potential neurotoxins may also form a key component of West Nile virus neuropathogenesis. The goal of my research on HIV-1 is to get more insight into the infection of the gut by HIV-1 and how this relates to systemic HIV-1 infection and pathology as well as aspects specific to HIV-1 associated GI dysfunction. One of the body's largest lymphoid tissues that is infected by HIV-1 is the gut. The so-called gut associated lymphoid tissue (GALT) has received considerable attention as reservoir for viral replication and its contribution to systemic pathogenesis, i.e. CD4+ T-cell depletion, but many questions remain. Moreover, HIV-1 infection has also been associated with gastrointestinal (GI) dysfunction, which in 25-30% of cases and it is unclear if this is caused by HIV-1 directly or indirectly by HIV-induced inflammation. For both West Nile virus and HIV-1, I am interested in how viral proteins (structural or nonstructural) produced during infection contribute to pathogenesis. Both direct and indirect mechanisms can determine pathogenic outcome of a viral infection. Viral proteins can be directly cytotoxic, or indirectly deregulate host gene expression, which in turn may set of the production of pathogenic host molecules. I am using various technologies, such as viral expression vectors to separately express viral proteins or in specific combinations in order to deduce which viral protein or combination of proteins is responsible for a particular pathogenic phenomenon, as well as any synergism between these viral proteins. The particular viral pathogenic mechanisms studied include inflammatory responses, chemokine and cytokine deregulation, cell death, and the associated cell signaling cascades. Finally, a common theme in my research is the study of viral evolution. Apart from studying the variety of viral species in a given population, I am particularly interested in how the host directs viral evolution and how this impacts on pathogenesis. Differing viral evolution and dynamics in different tissue compartments in the infected individual can result in differences in viral tropism or efficiency by which different tissue compartments are infected, as well as the pathogenic properties of different viral varieties found in these tissue compartments, which can profoundly affect pathogenic outcome. Host factors like the immune system and antiviral therapies can direct viral evolution in the direction of increased virulence. Understanding how the host response (i.e. the immune system), the host-genetic susceptibility and therapy impact on viral evolution and pathogenesis will be important when developing therapeutic approaches for viral infections. In addition, it will expand the understanding of the emergence and spread of novel pathogenic viral species, both at the level of the individual patient and the level of the entire population.