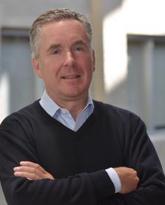 Molecular Control of Early Mammalian Development
My laboratory studies the molecular basis of early developmental processes using a combination of transgenic and knockout mouse, biochemical and cell culture approaches. We focus on formation of the placenta and cardiovascular systems which are the first organs to develop in mammalian embryos and which are essential for subsequent growth and survival of the fetus. Abnormalities in their development are commonly associated with early pregnancy failures in humans and animals. Placental and cardiovascular development are also mechanistically linked in two ways. First, at least some genes directly control formation of both the placenta and the heart. Second, specialized placental trophoblast cells directly control blood vessel development both in the fetal placenta as well as in the uterus.

1. Cell differentiation and cell fate decisions. Trophoblast cells are the first committed cell lineage to be established during development and give rise exclusively to the epithelial component of the placenta. It is an attractive cell lineage to study because it forms early in development and is relatively simple in that there are only two major terminally differentiated cell types in mice, giant cells and syncytiotrophoblast. These cells function to promote maternal blood flow to the implantation site and in nutrient uptake, respectively. Our studies focus on understanding how trophoblast stem cells differentiate into one or other of these cell types. Current work concerns a cassette of bHLH transcription factors that we have found regulate trophoblast giant cell differentiation. Giant cell differentiation occurs in a multi-step process modulated by factors that promote (Hand1) and suppress (Mash2) terminal differentiation. Syncytiotrophoblast differentiation is regulated by Gcm1. We are working to understand how Hand1, Gcm1 and signals that promote stem cell proliferation are integrated.

2. Developmental control of the cell cycle. Differentiation of cells is usually accompanied by alterations in the cell cycle, such as entry into G0 or cell cycle delay. Cells can also enter into endoreduplication, a type of cell cycle in which rounds of DNA replication continue in the absence of intervening mitoses, resulting in polyploidy. Tropholast giant cells are a dramatic example of endoreduplication in which, as a normal part of their development, they can achieve ploidies of up to 1000N. Cardiomyocytes also endoreduplicate during the postnatal hypertrophic growth of the heart, albeit only to between 4 and 32N. We are studying regulation of the transition from mitotic cell cycles to endocycles in trophoblast and cardiac muscle cells. We focus on factors that block the transition to the endocycle by maintaining ‘mitotic competance’ (Cdc14, Sna and Cdc5). In addition, we are studying how the cell cycle machinery is re-set during the endocycle, by focussing on the cyclin-dependent kinase inhibitor p57Kip2.

3. Tissue morphogenesis. Development of functional tissues is dependent not only on the formation of specialized cell types but also their collective movements and re-organization to produce three-dimensional forms. We focus on two examples of this: branching morphogenesis during formation of villous structures in the placenta, and tubular morphogenesis as the heart tube undergoes rightward looping to establish the positions of the heart chambers. We have found that these processes are dependent on the Gcm1 and Hand1, respectively. We are studying the cell biological processes regulated by these factors. In addition, because these factors are also essential for cell differentiation in their respective systems, we are trying to determine whether these functions are independent or whether the two processes are mechanistically linked.