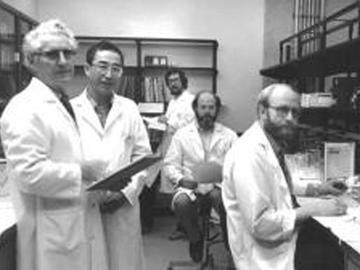 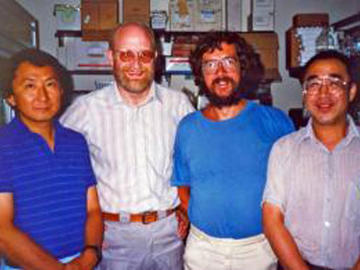 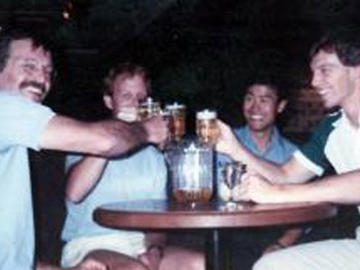 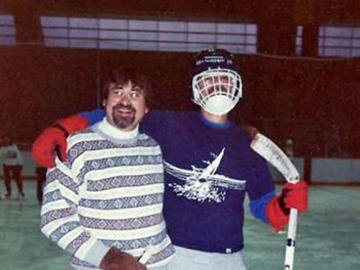 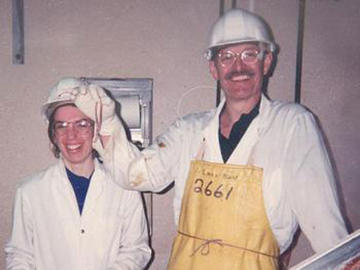 In 1980, the Alberta Heritage Foundation for Medical Research came into being, providing additional opportunities to recruit talented researchers to the Faculty of Medicine and transforming it from an innovative medical school to a leader in medical research. Dr. Gordon Dixon took over leadership of the Department in 1983 and was succeeded, in 1988, by Dr. Hans van de Sande. During their tenure as Heads, the membership of the Department swelled to 27. In 1992, the Medical Sciences graduate program was devolved into seven parallel programs, one of which - Biochemistry and Molecular Biology (known as MDBC in the Faculty of Graduate Studies) - aligned with the Department. The Biochemistry and Molecular Biology graduate program has grown and flourished through the years, gaining a reputation for excellence. In 1993, Dr. Gil Schultz took over leadership of the Department and in 1998 the name was changed to the Department of Biochemistry & Molecular Biology, to reflect more accurately the breadth of research conducted. In 1999, Dr. Leon Browder became Head of the Department. Dr. Browder oversaw a large expansion of the Department, whose membership grew to 57 by 2009. Additional important growth took place in foundational infrastructure facilities during this time, including the establishment of mass spectrometry, microarray and bioinformatic/genomic core facilities. In 2009, Dr. Jonathan Lytton became Head of the Department.