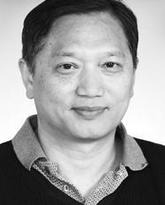 Our study focuses mainly on genetic regulation of cell-mediated immune responses using an animal model of type I diabetes, the NOD mouse. Type I diabetes is a T cell-mediated autoimmune disease with complex pathogenic mechanisms. In NOD mice, autoreactive cascades initiate during the early stages of life as seen in type I diabetic patients. T cells specific against insulin-producing ß cells infiltrate and accumulate in pancreatic islets. These T cells upon activation differentiate into effector cells that eventually destroy ß cells, leading to diabetes. Thus a central issue in the study of type I diabetes is how these diabetogenic T cells develop and escape from immune regulation. It has been known that defects in thymic and peripheral antigen presenting cells in NOD mice contribute to the development of diabetogenic T cells largely due to expression of susceptibility MHC genes. Over the past few years, we have tried to understand whether genetic defects expressed in T cell-lineage contribute to diabetes susceptibility in NOD mice. To address this question, we replace T cells in NOD mice with T cells of various genetic backgrounds. In the other words, we have developed groups of NOD mice in which T cells possess genetic backgrounds distinct from other cells. To avoid MHC restriction, we achieve T cell replacement by reconstitution of T cell-deficient NOD mice with precursor T cells of different origins. It is clear that the altered genetic background of T cell lineage protect the animals from diabetes, although islet-specific autoreactive T cells still exist in these animals. In addition, multiple protective mechanisms are introduced by altered genetic background of T cells. We localized one potential susceptibility/resistance gene to a locus on chromosome 17. One of the intriguing protective mechanisms was associated with the development of NKT cells. NKT cells are a small subset of T cells that play an important role in immune regulation. NKT cells are deficient in NOD mice and our results show that intrinsic defects in NOD T cells are responsible for NKT cell deficiency. Our next goal is to pinpoint the defects in the developmental process of NKT cells in NOD mice and the protective mechanisms mediated by NKT cells.