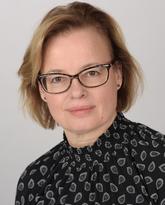 Department of Biochemistry, University of Toronto

Research in my lab is focused on understanding how transcription factors regulate cell fate choices in the central nervous system, ensuring that appropriate numbers of the correct types of neuronal and glial cells are generated at their proper time and place in development. Currently we focus on two families of transcription factors - the proneural genes Ngn1, Ngn2 and Mash1, encoding basic-helix-loop-helix transcription factors, and members of the pleiomorphic adenoma gene (Plag) family, including Zac1, Plag1 and Plag-l2, encoding zinc finger transcription factors. Strikingly, we showed that Ngn2 has distinct functions at early and intermediate stages of development in the neocortex, and our long-term goals are to identify the underlying molecular mechanisms. In addition, my lab has pursued a new avenue of research, analyzing the function of the Ngn2-regulated gene, Zac1, a known tumor suppressor gene that we isolated in a subtractive screen, in the developing retina. We showed that Zac1 is an important regulator of tissue size and cellular composition in the retina, acting through a novel feedback mechanism. We also have preliminary evidence that the related gene,Plag-l2, functions in an opposing manner to Zac1 in the retina, similar to the complementary functions of these genes in tumor cells. Our goal is to further characterize Zac1 and Plag-l2 function in the developing retina.