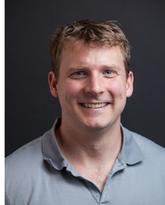 I am interested in the intersection between molecular functions, biochemistry and evolution; basically, I want to know about the molecular mechanisms that underlie important evolutionary innovations. I am focused on the ways in which physical interactions between mutations at different sites (i.e. epistasis) govern the set of evolutionary pathways that are available to a given protein at a given point in its evolutionary history. To investigate this, I have developed a suite of different statistical analysis tools that estimate the effect of distinct mutations on a single quantitative function, which allows for the simultaneous assessment of potential molecular interactions between them.

Some examples of my projects include the functional origins of the methyl-parathion hydrolase (MPH) enzyme from its dihydrocoumarin hydrolase (DHC) ancestor, the mechanisms of incompatibility in a set of engineered phosphotriesterases, and the functional diversification of the steroid receptor DNA-binding domains. I am always open to applying these tools and approaches to new systems, and assessing how generally epistasis governs evolutionary trajectories.