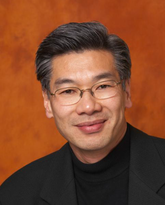 My overall research is centered on the paracrine/autocrine, and/or endocrine factors regulating fat cell proliferation and differentiation in health and obesity. The local milieu within each fat depot modulates the influence of circulating hormones, growth factors and cytokines and may play an important role not only in regional fat distribution but also overall body fat content.

Research programs include the characterization of novel adipose-cell derived paracrine/ autocrine factors and genes that influence preadipose cell growth; the positive and negative regulators of adipose tissue growth. Work based on cultured adipocytes and preadipocytes from lean and obese rodents and humans are pursued along the following themes:

3. Role of cytokines, nitric oxide and eicosanoids in the positive and negative control of regional and total adipose tissue in insulin resistance and obese states.