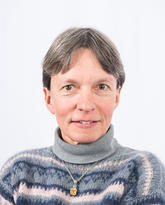 Germ line stem cells form the basis of male fertility and are the only cells in an adult body that divide and can contribute genes to subsequent generations, making them immediate targets for genetic manipulation. There also appears to be considerable plasticity between germ line stem cells and pluripotent stem cells, indicating the potential to use germ line stem cells for regenerative medicine. Transplantation of male germ line stem cells from a fertile donor to the testes of an infertile recipient can restore donor-derived spermatogenesis and fertility in the mouse. A genetic change introduced into the germ cells before transplantation will then be transmitted to the next generation through the recipient's sperm. Study of human and animal disease requires appropriate models. While there are many rodent models, larger animal models such as pigs more closely represent human physiology, size and longevity. Germ line stem cell transplantation enables generation of genetically modified non-rodent animal models that is potentially more efficient than the current approaches. Self-renewal and differentiation of germ line stem cells are tightly regulated processes in vivo that assure a continuous supply of differentiated gametes arising from a pool of stem cells residing in a specific microenvironment, the stem cell niche. The processes governing fate decisions during stem cell divisions are only incompletely understood. Asymmetric distribution of proteins between daughter cells destined to differentiate versus those that remain in the stem cell pool is one such mechanism that is currently under investigation.

Complementing the approach of homologous germ cell transplantation, grafting of testis tissue fragments provides an accessible in vivo system to study germ line stem cells and spermatogenesis. This technique makes it possible to produce sperm from immature males and allows controlled experimentation in donor species such as primates where experiments in whole animals would be logistically and ethically difficult. With this approach we demonstrated that complete primate spermatogenesis can occur in a mouse hostand documented for the first time an effect of environmental exposure to endocrine disruptors on the post-natal development of the primate testis. Grafting of testis tissue fragments allows experimentation in a mouse host while interrogating spermatogenesis in a larger target species. However, germ cells in testis tissue are not as accessible to study and manipulation as are isolated cells used for germ cell transplantation. We subsequently established that functional testis tissue can form de novo from isolated cell suspensions when grafted to a mouse host. De novo morphogenesis of testis tissue now allows us to study the stem cell niche and its effect on stem cell differentiation.