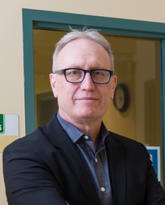 Dr. Bruce Pike is an internationally recognized leader in structural and functional imaging of the human brain using MRI. He has made a multitude of landmark contributions via the design of novel techniques to measure the brain’s morphology, composition, microstructure, connectivity, functional organization, hemodynamics, and energetics. He has used these techniques to study the human brain across the lifespan in health and disease. He has published over 300 scientific papers and book that have been cited over 35,000 times. He is Senior Editor of the journal NeuroImage, a Fellow of the International Society for Magnetic Resonance in Medicine and serves on the Advisory Boards for long list of national and international programs and organizations.

From 1999-2013 he was Director of the McConnell Brain Imaging Centre at Montreal Neurological Institute of McGill University where he was also the Killam Professor of Neurology and Neurosurgery and a James McGill Professor of Biomedical Engineering. Since 2014 he has been Professor and Head of the Image Science Division of the Radiology Department at the University of Calgary where he is also the CAIP Chair in Health Brain Aging. In that position he has grown the Image Science Division to 14 faculty members and launched the new MR guided Focused Ultrasound platform.