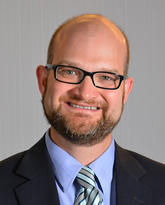 After becoming a Fellow of the Royal College of Physicians of Canada in 2016, he went on to complete a fellowship in Multiple Sclerosis and Neuroimmunology at the University of Calgary. Currently he is interested in patient education, and is developing a series of podcasts aimed at educating MS patients about their disease, with an emphasis on empowering patients to take an active role in managing their symptoms.