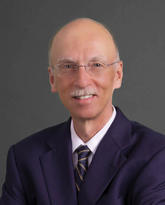 Dr. Cairncross is now the Director of the Charbonneau Cancer Institute and until 2012 was the Department Head of Clinical Neurosciences at the University of Calgary. He graduated in Medicine from Western University and trained in Internal Medicine at the University of Toronto and Neurology at Cornell University Medical College in New York City. After fellowship training at Memorial Sloan Kettering Cancer Center, he returned to Western to pursue a career in brain tumour care and research. He is best known for his work on oligodendrogliomas, where he has published extensively. His scholarly work has been cited over 25,000 times.