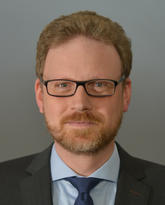 Dr. Karl Martin Klein is a Clinician Scientist in the Departments of Clinical Neurosciences, Medical Genetics and Community Health Sciences as well as a member of the Hotchkiss Brain Institute and Alberta Children's Hospital Research Institute.

Dr. Klein‘s research focuses on the genetics of epilepsy. He is particularly interested in multiplex families with epilepsy as well as adult and pediatric patients with epileptic encephalopathies. A backbone of his research is detailed phenotyping i.e. the detailed clinical characterization of each participating patient. Dr. Klein also has a strong interest in precision medicine not only in patients with monogenic causes of epilepsy but also in patients with complex inheritance. He is a member of multiple international epilepsy genetic consortia.