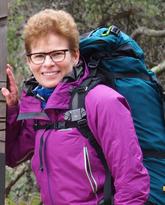 At the Tom Baker Clinic Center, Dr. Pasieka was the driving force behind the development of a multidisciplinary clinic for Neuroendocrine Tumors as well as the Multidisciplinary Hereditary Endocrine Clinic. She is responsible for the development of the only Canadian AAES accredited fellowship program in Endocrine Surgery. Dr. Pasieka has been Secretary-Treasurer of the American Association of Endocrine Surgeons (AAES), and in 2010, she became the first Canadian and second woman to become President. She has served on the Council of the International Association of Endocrine Surgeons (IAES), and in 2016 became the Secretary-Treasurer, a position she currently holds. Dr. Pasieka was the Canadian James IV Traveling Surgical Fellow 2006 and was recently appointed to the James VI Board of Directors. In 2007, the Women’s Executive Network named her one of Canada’s 100 Most Powerful Women. Dr. Pasieka recently completed her six-year term as a Governor of the American College of Surgeons.

Her areas of interest (besides running, mountain biking, cycling and hiking and snowshoeing with her dog Kocher) revolve around neuroendocrine tumors, adrenal disease, thyroid cancer and the study of surgical outcomes in patients with hyperparathyroidism. To date, she has 140 peer-review publications, has edited 3 Endocrine Surgical textbooks, and written over 24 book chapters.