The finding could improve recovery from abdominal and pelvic surgery

This is the view through a multi-photon microscope as macrophages (red) congregate at an injury site Kubes' Lab, Snyder Institute for Chronic Disease

The body is amazing at healing itself. However, sometimes it can overdo it. Excess scarring after abdominal and pelvic surgery within the peritoneal cavity can lead to serious complications and sometimes death. The peritoneal cavity has a protective lining containing organs within our abdomen. It also contains fluid to keep the organs lubricated. When the lining gets damaged, tissue and scarring can form, creating problems. Researchers at the University of Calgary and University of Bern, Switzerland, have discovered what’s causing the excess scarring and options to try to prevent it.

“This is a worldwide concern. Complications from these peritoneal adhesions cause pain and can lead to life-threatening small bowel obstruction, and infertility in women,” says Dr. Joel Zindel, MD, University of Bern and first author on the study who worked on this research as a Swiss National Science Foundation research fellow at the University of Calgary. “People sometimes require a second surgery.”

The research published in Science, was conducted in mice and shows the excess scarring is caused by macrophages, a type of white blood cell that rushes to the surgical site to start to repair the injury.

UCalgary's Paul Kubes is principal investigator on the study.

The researchers also discovered two ways to inhibit this natural response. They either removed the macrophages, or they introduced a drug to block the macrophage stickiness. Both processes were very effective in stopping the adhesions.

“We believe the macrophage response has not made the evolutionary leap to understand that surgery is beneficial and not a threat to survival,” says Kubes. “It’s possible, that the body is reacting to the surgery, that having the organs exposed to the environment is interpreted as a threat, like an attack from a predator. The body doesn’t understand that the surgeon will do the critical repair work.”

Macrophages are also present in humans, and the research team believes the response seen in mice is likely to translate to both adults and children. They hope to move to trials on human cells, soon, and eventually clinical trials.

When Zindel could leave the lab for a moment or two, he enjoyed hiking trails in Alberta.

“Every surgeon does operations for people who have these abdominal adhesions,” says Zindel. “It would be amazing to be able to prevent this surgical complication. It would not only benefit individuals, it would create significant savings for the health-care system, by reducing hospital costs for readmission and surgery.”

Infections, Inflammation and Chronic Diseases
The University of Calgary is uniquely positioned to find solutions to key global challenges. Through the research strategy for Infections, Inflammation, and Chronic Diseases in the Changing Environment (IICD), top scientists lead multidisciplinary teams to understand and prevent the complex factors that threaten our health and economies. 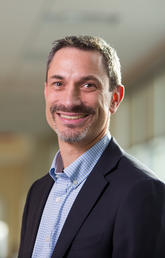 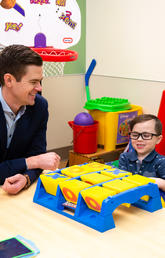 UCalgary research and diagnostics collaboration to benefit families throughout Alberta 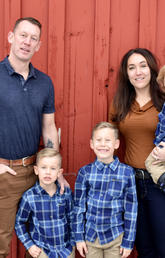 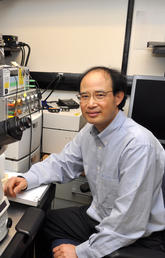 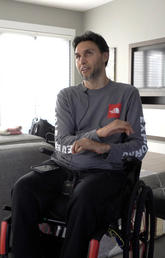 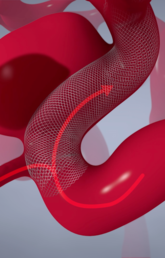