This year’s theme for the 28th Annual Indigenous Graduation Banquet and Powwow on Saturday, Starting the Next Chapter, perfectly summed up the evening.

Not only did the University of Calgary celebrate the achievements of 193 graduating Indigenous students who are set to start a new chapter in their lives, but a new name was announced for the Native Centre.

The banquet for graduating students and their family and friends included a Métis sash presentation, a graduate open mic, and the presentation of awards.

Triple-major Bachelor of Arts student Alfred Low Horn received the Royal Eagle Award for his academic excellence and community-based volunteerism and leadership. Master of Education student Louise Baptiste was awarded the Olive Dickason Award, which recognizes a student who has overcome adversity while acting as a role model and mentor to the community. Master of Arts student Angela Tucker was awarded the Canadian Federation of University Women Graduate Award.

The powwow portion of the evening included the Grand Entry and the Circle of Honour, during which each student graduating with a degree was presented with an eagle feather and blanket.

“The Indigenous Graduation Banquet and Powwow has a long history at the University of Calgary,” said Amanda Ens, manager, Native Centre. “This year’s event saw new partnerships with faculties and corporate sponsors along with event volunteers from across the campus community.”

The official unveiling of the new name for the Native Centre was a pivotal moment held during the Circle of Honour. The new name, Writing Symbols Lodge, had been gifted in a naming ceremony on April 16 by Traditional Knowledge Keepers from Treaty 7 Territory and beyond.

The pipe ceremony in which the name was chosen was facilitated by Reg and Rose Crowshoe, two ceremonialists who often support students in the Native Centre and have been instrumental in supporting Indigenous Ways of Knowing, Being, Doing and Connecting* at the university. During the naming ceremony, Traditional Knowledge Keepers were given the opportunity to share their perspective on what the new name could be. Many stories were shared by those who had past and current connections to the Native Centre and to the university. The chosen name, Writing Symbols Lodge, comes from a story shared by Blackfoot Elder Wallace Bear Chief and means “the place where we go to make symbols.”

Representatives from Indigenous nations came together to support the naming ceremony. All Traditional Knowledge Keepers at the ceremony were invited to share a translation of the name in their language(s), including Blackfoot, Dene, Stoney, Anishinaabe, Cree, Michif and other languages. These translations will be used to name rooms or offices within Writing Symbols Lodge, and to make it more inclusive of the many diverse Indigenous students who use the space.

Writing Symbols Lodge is a student support service dedicated to creating an inclusive community for Indigenous students and is a place of intercultural learning for the non-Indigenous campus community.

“The new name, Writing Symbols Lodge, is a significant step in the right direction,” said Ens. “Having places and spaces on the UCalgary campus that align with the various Indigenous identities of students is important to our campus-wide Indigenous strategy as we welcome unprecedented numbers of Indigenous students to the campus in their pursuit of academic excellence.”

Widespread support from the community

The University of Calgary greatly appreciates the drum groups and dancers for their participation. The following sponsors made the event possible through their donations:

This event was also made possible through the financial support of the following university offices:

And a heartfelt congratulations to all of UCalgary’s 2019 Indigenous graduates.

* Ways of Knowing, Being, Doing and Connecting are an important part of ii’ taa’poh’to’p, the university’s Indigenous Strategy. Learn more about the strategy. 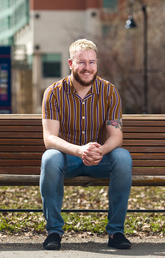 Class of 2019: Arts grad's appetite for change takes him from military history to women's studies 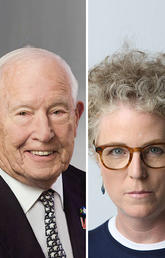 Class of 2019: Advocate for the arts and PulitzerPrize-winning investigative reporter honoured during convocation ceremonies 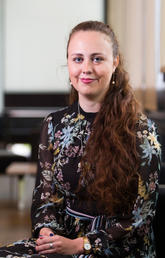 Class of 2019: Classics and Religion master's grad digs into science and engineering in ancient Rome 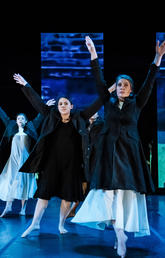 Class of 2019: First cohort of students graduate with combined dance and kinesiology degree