Lessons in luge a physics challenge for future engineering students

For students on a brand-new track into engineering, building a desktop luge track to test the laws of physics seems an appropriate way to get started.

And when a Canadian Olympic luge-star-turned-engineering-student shows up to cap the lesson in centripetal force and friction, it’s a chance to learn how engineering works in the real world, from someone who’s been on both sides of the equation.

“I can explain what it was like from an athlete’s perspective, and also talk about the engineering side of sliding down a track,” says Alex Gough, a fourth-year student at the Schulich School of Engineering, and also Canada’s most successful Olympic luge athlete ever.

A chance to enter engineering via biology

That’s summer school, Schulich style, and for 15 high school graduates, it’s a chance to enter engineering on a different route from those following the traditional set of academic requirements.

Called the Bioengineering Summer Institute, the pilot program is aimed at students who do well in high school biology and are now seeking the physics foundation that will take them into first-year engineering.

“These students are excellent in their academic preparation. Having biology background is a strength particularly when it comes to biomedical engineering.”

Building a desktop luge track, with plastic balls as the “luge” sleds riding down the flexible rails, was the goal on day four of the August intensive.

Students broke into teams to test how hills and corners can both increase speed and send the ball flying off the track, forcing many a discussion and redesign to get it right.

And then, after learning how to make a miniature track work, the students were given a chance to examine a real luge sled, and hear from Gough herself how it felt to slide down the best tracks in the world.

“I wasn’t really thinking about the physics formulas at the time,” quipped Gough, who retired from the sport after the 2018 Winter Olympics in South Korea.

For Dr. Qiao Sun, PhD, opening new doors for students seeking to study at the Schulich faculty is all about ensuring the best minds are contributing to our engineering future.

“Diversity is about making sure we are bringing every perspective possible to the table, because the best solutions are found when all possibilities are put forth,” explains Sun, senior associate dean of diversity and equity.

“Students who excel at sciences like biology are likely to succeed as engineers, and this pilot program offers them a new way to reach that future potential.”

The development of the Bioengineering Summer Institute program was a first-of-its-kind collaboration between Schulich School of Engineering subject matter experts and Continuing Education’s Program Design team. The teams collaborated to develop lesson plans that analyzed the biology of the human body through the application of Newtonian physics, concepts of energy, work and power, principles of electricity, electromagnetism, and fields and forces. 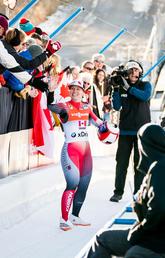 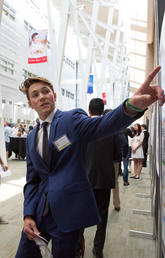 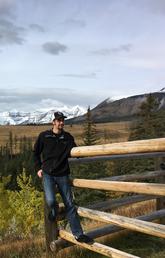