As a CEO, community leader, philanthropist and tireless volunteer, Charlie Fischer, BSc (Eng)’71, MBA’82, Hon. LLD’04, truly wanted to leave the world in a better place than how he found it.

Fischer, who passed away last year, was posthumously honoured by the Association of Fundraising Professionals (AFP), Calgary and Area Chapter, with their 2020 Generosity of Spirit Outstanding Philanthropist: Lifetime Achievement Award. The award, which was announced at AFP’s National Philanthropy Day celebration on May 17, recognizes Fischer’s tireless commitment to driving real change in the community, particularly in the lives of children and youth.

Among the many organizations that benefited from Fischer’s generous spirit are the University of Calgary and Alberta Children’s Hospital Foundation (ACHF), spending 12 years on both the UCalgary board of governors and ACHF board of directors. IMAGINE Citizens Collaborating for Health was his way of connecting these two organizations in the pursuit of developing and supporting children’s health and wellness.

Fischer’s wife, UCalgary Chancellor Emerita Joanne Cuthbertson, BEd’73, Hon. LLD’11, shares his passion and knows just how much the award would mean to him.

“It does describe Charlie,” says Cuthbertson of the Lifetime Philanthropist designation. “He made volunteering a part of his life early on and these organizations meant a lot to him.”

Together, Fischer and Cuthbertson advocated for public education, children’s health, the arts and responsible business practices. Cuthbertson, herself a longtime UCalgary champion, recalls in her husband a passion for the community — in making a difference. “He loved work and he recognized that he had lots of opportunity to help.”

Fischer’s philanthropy at UCalgary extends back to 1977, across various faculties and initiatives, including capital projects, student awards and research projects. He was integral in the creation of UCalgary’s Scholars Academy, a visionary program that supports and challenges the university’s top undergraduate students. As a mentor to many students over the years, Fischer helped them reach their full potential and become exceptional leaders in their own right.

“Charlie had a soft spot for students,” says Cuthbertson. “He carried the belief that young people are our future.”

One of those students was Arielle Roberts, BSc’15, a then-aspiring physician who credits Fischer with giving her a new perspective on patient care.

“I had the privilege of learning from Charlie for much of that time (in the Scholars Academy),” says Roberts, who is now a medical student at UBC. “His perspective as a businessman on the fee-for-service model and the ways in which it disincentivizes physicians taking the time to provide quality patient care was eye-opening for me. That has stayed with me through my medical training and contributed to my interest in alternative payment models, which can help to facilitate family physicians taking the time they need to provide care to complex patients.”

It’s just one example of how Fischer championed positive change and inspired the same in others. He truly did leave the world in a better place — a legacy that his family and friends are honoured to carry on. “Charlie and I were very aligned in what we believed in,” says Cuthbertson. “He never expected to be influential in people’s lives. Philanthropy just came naturally to Charlie, and that is what makes this award so meaningful.” 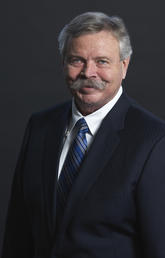