Once upon a time in Forest Lawn

Say the name Forest Lawn to longtime Calgarians and you’re bound to encounter a wide range of opinions.

Forest Lawn is wrapped in history, experiences and perceptions, and a complex relationship with Calgarians. Some people avoid the community due to a stereotyped image of it being the “rough part of town,” but many others find it one of the most vibrant and diverse parts of the city, with 17 Avenue S.E. in particular living up to its nickname, International Avenue.

A University of Calgary Faculty of Arts student is on a mission to give this underrated community a fair hearing through the medium of short stories.

With support of from the Program for Undergraduate Research Experience (PURE), Jennifer McDougall, BA’92, BComm’93, spent her summer months this year working on a creative writing research project titled The Changing Character of Forest Lawn: The Relationship Between Reputation and Self-Identity, which will feature three short stories set in different time periods — 1922, 1961 and 1984 — exploring the neighbourhood’s past through a socioeconomic and cultural lens.

“There is an absence of Forest Lawn in literature,” says McDougall. “I think that void needs to be filled and it needs to be filled authentically and truthfully because, if we rely only on the headlines in the crime section of the newspaper to tell us about East Calgary — it does not give a well-rounded or truthful view of that place.”

An attempt to correct misrepresentation

McDougall says representation in literature is vital to counterbalancing how a neighbourhood is represented, especially with a place like Forest Lawn. The neighbourhood has been featured in crime reporting, a type of writing that is narrow in focus and carries an implicit bias toward the subject matter and its use of language often misleads non-residents to have a particular point of view toward the community. In the absence of literary representations, non-residents of Forest Lawn have little else to facilitate the forming of an impression. Moreover, McDougall says, residents are also impacted by what they read about their community. She strongly believes that “literature is central to building identity for place and people.

“Forest Lawn’s reputation, and its consequent impact on residents’ self-identity, is connected to its absence from the literary landscape,” says McDougall. “It is important to understand the connections between what is known about Forest Lawn, what is assumed by non-residents and what is felt by its residents.”

Before composing the three stories, McDougall examined historical materials to compare what has been said about Forest Lawn with what has actually occurred. This research allowed her to create artistic work in response, as an integral part of the study.

Through her research, McDougall has found that Forest Lawn has a storied history of its own that, she argues, may not be adequately reflected in the media today. Before 1961, Forest Lawn was a separate town from Calgary, considered a safe and peaceful arrival point for new Canadians. It attracted European immigrants seeking a living in farming and the developing oil industry alongside nearby hamlets Hubalta and Albert Park. Residents worked together to build a community that eventually became an independent town in the 1950s — made up of all different types of people including farmers, doctors, homemakers and firefighters, all of whom were working to make the community function independently from the city. In 1961, however, the Town of Forest Lawn was annexed by Calgary.

Today, the community continues to work together to reach individual and shared goals while celebrating its diverse nature. Forest Lawn is a microcosm of Calgary in terms of its immigration trends.

McDougall found her focus expanding as she did her research. For example, she learned of Harvetta Heights, a small community that existed between 1910 and 1965 just inside Calgary’s city limits near Forest Lawn, but which no longer exists today. Since then, her research interest has broadened beyond simply Forest Lawn to include this neighbourhood which, as the Calgary Herald reported in 1951, faced challenges with issues as basic as sanitation.

McDougall says that “this is a type of document which helps invoke imaginative ideas about what occurred or could have occurred in the past.”

Her research process is designed to guide the creative thinking process to help her write original stories. This style helps form a base understanding of what life was like in the past. By exploring historical maps, census forms, Henderson Directories (a privately published directory of residents that included information such as occupation and even exact home locations), municipal council minutes, family histories, homestead records, advertisements, newspaper articles and much more, McDougall is able to envisage a more holistic view of the environment and circumstances the residents were experiencing during that period of time.

McDougall aims to have the three short stories ready to publish by the end of summer. With the encouragement and support from her supervisor, Dr. Suzette Mayr, BA’90, PhD, who she meets every two weeks, McDougall is on track to completing her stories by the end of August.

The aims of the research project resonate for Mayr.

“So much of this community’s history has been forgotten or suppressed,” Mayr says. “Jennifer is shedding light on its histories, as well as creating written artistic pieces of such an important neighbourhood of the city. Forest Lawn is more than the food people eat from International Avenue.”

McDougall’s research project is funded by PURE, which provides UCalgary undergraduate students with the opportunity to conduct meaningful research in their chosen area of interest during the summer months in collaboration with UCalgary researchers. Co-ordinated out of the College of Discovery, Creativity and Innovation within the Taylor Institute for Teaching and Learning, PURE funds student-led research and encourages experiential learning outside the classroom.

About the Taylor Institute for Teaching and Learning

The Taylor Institute for Teaching and Learning is dedicated to better understanding and improving student learning at the University of Calgary. Its mission is to strengthen teaching and learning communities, cultures and practices to create extraordinary learning experiences. Every year, the Taylor Institute publishes a detailed community report to share and measure their progress towards key priorities.

Learn more about the Taylor Institute for Teaching and Learning

Learn more about undergraduate research initiatives at the CDCI. 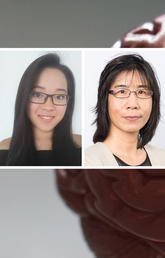 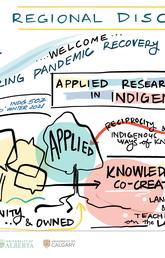