While many large animal veterinarians grew up on a farm surrounded by all sorts of animals, Dr. Michel Lévy, DVM — the recipient of the Western Canadian Association of Bovine Practitioners (WCABP) Honorary Life Award — did not grow up tending to cattle. In fact, the recently retired University of Calgary Faculty of Veterinary Medicine (UCVM) professor didn’t see many large animals at all.

“I was raised in Paris, France, and basically didn’t have any contact with cattle,” says Lévy.

When Lévy started studying veterinary medicine at University of Liege, in Belgium, he was planning to be a small animal veterinarian. But halfway through the six-year DVM program, he made a phone call that changed the course of his career.

“I decided, before I do small animal, why don't I look at what a bovine veterinarian does? So, I called one veterinarian that was not too far from me, and I said, ‘I don't know much about cattle, but I'd like to see what you're doing,’ and he said ‘fine.’ So, I went to observe him treating sick cows, and that's really what turned me on to food animal medicine.”

Over the course of his extensive career in large animal medicine, Michel Levy has received numerous teaching awards in both Canada and the US.

Last week, during the WCABP annual conference, hosted virtually in Calgary, Lévy received the organization’s Honorary Life Award for his “outstanding contribution” to the veterinary profession. “It's a great honour,” he says.

“Whenever you have this kind of award it means that your colleagues appreciate your work and recognize the things that you do. The award is one thing, but the appreciation from the colleagues is important.”

Lévy has received numerous teaching awards over the decades in both Canada and the U.S. and had “a substantial role” in developing and delivering curriculum at UCVM, says Dr. Karin Orsel, DVM, PhD, professor of epidemiology, infectious diseases of cattle.

“Michel frequently got involved in on-farm activities, including disease investigations and complex cases,” she says. “Many practitioners and former students reach out to him to consult on complicated cases in the field. In addition, when cattle producers called UCVM with a problem involving their animals, it was usually Michel that fielded their questions.”

Dr. John Kastelic, DVM, PhD, and head of the Department of Production Animal Health at UCVM, says Lévy is “a quintessential academic veterinarian. He is deeply respected by colleagues and students. Lévy was always willing to “share his knowledge and insights,” and often mentored new faculty members.

As for Lévy’s mentor back in Belgium, the two men are still in touch. "We've continued this friendship and just in the new year, we FaceTimed,” says Lévy. As for that first conversation back in the 1970s: “It was really just the idea of saying, well, before I do this, let me try this other thing.” 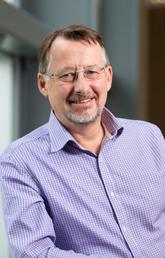 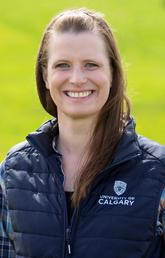 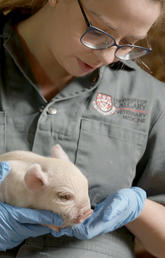 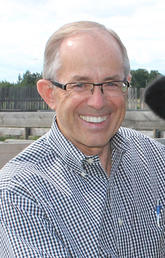 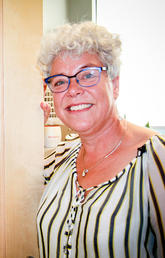 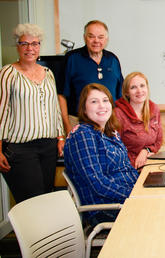