Trump-Biden debate: A locker room brawl in the midst of COVID-19 crisis

The first debate of the U.S. presidential election was a disturbing but unsurprising display of white privileged masculinity, writes Michael Kehler, Werklund School of Education, in Conversation Canada

While both men were on stage to vie for prominence and dominance, there was a bully and a bullied. Almost immediately after moderator Chris Wallace explained the rules of engagement, viewers saw the debate had been hijacked by a bully.

Trump, just days before it was revealed he’d tested positive for COVID-19, repeatedly interrupted and insulted Biden, belittling his character and abilities in an effort to appear strong and powerful. The debate left millions of viewers disgusted and pressing their mute buttons.

The first debate was underscored by a set of rules that intersect with masculinity, white privilege and politics. This is the politics of gladiatorial masculinity — how men perform among men. It is a familiar picture of “boys being boys”, or men behaving badly.

Trump took a dominating stance to differentiate and distance himself from Biden. He was the aggressor, Biden the victim. Trump dictated the rules by provoking Biden with insults to make him appear inadequate and vulnerable, but Biden refused to engage. The former vice-president actively resisted taking up the invitation to be “one of the boys.”

While he lost patience briefly a few times — telling Trump to shut up and calling him a clown at one point — he largely refused to respond to the president, and in doing so challenged the requirements of boys competing to prove themselves to be stronger than the other.

This was a classic case of how boys have vied for power and dominance, but both men were not playing by the same rules.

Trump relied on those tried and true tactics used by bullies — both boys and men. With an ailing Trump vowing to participate in the next debate on Oct. 15, will it be more of the same?

The bully tactics of masculinity

Trump is wedded to a narrow and restrictive set of rules for being a man, perhaps most disturbingly demonstrated by the spectacle at the White House soon after he returned from hospital and tore his mask off in an apparent attempt to show his invincibility.

Trump removes his mask with great fanfare at the White House on Oct. 5, 2020.

He demonstrates control over other men by undermining, dominating and using aggressive efforts to silence those who might challenge him. He asserts himself by silencing his opponents both verbally and through physical gestures.

Trump has referred to Biden as “Sleepy Joe” in an attempt to dismiss a calmer, less aggressive form of masculinity not typically respected nor validated by more dominant men.

The bully technique most familiar was the posturing: this is a performance, and a public display of white privileged masculinity.

He attempted to control both Biden and Wallace by gesturing with his outstretched hand to silence or stop them. Trump controlled the conversation by granting Wallace permission to “go ahead” in addition to saying: “Let me shut you down for a second, Joe.”

Some of the techniques are similar to how boys stake claims to ownership of property or establish themselves as stronger, more popular and more important than other boys. Trump attempted to discount Biden by ridiculing him, questioning his academic standing and casting doubt about his abilities. He dismissed smart or intellectual masculinity by telling Biden “don’t ever use the word smart with me.”

This bullying tactic was an effort to dismiss Biden as a smart man and devalue intellectual masculinity while propping up a masculinity that requires action, according to men like Trump. The president bragged he’d “done more in 47 months” than Biden had throughout his career.

The debate was less about politics and more about men vying for power and dominance over each other.

Trump was masterful in leveraging a more aggressive, dominating masculinity to discount or dismiss the other two men on stage.

Biden, on the other hand, expressed a different form of engagement, one based in dialogue that is open and respectful. His tone was generally quieter than Trump. Biden appeared emotional and compassionate several times. He seemingly refused to be “one of the boys” by resisting confrontational banter.

Trump’s parading of a white privileged masculinity comes at a time when broader public conversations are questioning the misuse and abuse of power predominantly by white men in positions of authority.

Biden referred to the debate as an “embarrassment,” while Trump saw his performance as a “victory.” Biden commented on the spectacle while the president remarked on the debate as a competition with a single winner.

Trump made himself out to be newly disadvantaged by the forces around him. In this way he cleverly and consistently polarized the perception of white masculinity during the debate by positioning himself as a victim. At one point, Trump appeared to relinquish power, inviting Wallace to give him the language for naming white supremacists, but he quickly reasserted his dominance and refused to denounce the Proud Boys.

His refusal provoked a Twitter storm that ironically has acknowledged a diversity of masculinities in #ProudBoys.

Trump attacked the competing models of masculinity he saw before him and attempted to question their strength.

While many anticipated a debate, few expected it would be a debate about who was the stronger man. The narrative of “boys being boys” and the bullying tactics of boys wielding power is increasingly under scrutiny, yet the display we saw during the debate is proof that some men still think those old rules are still at play — even when public reaction suggests a growing intolerance for the Old Boy’s Club. 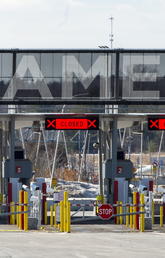 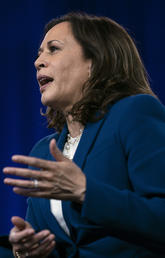 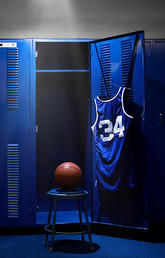 Beyond the locker room: Coronavirus isolation is an opportunity to teach boys about toxic masculinity 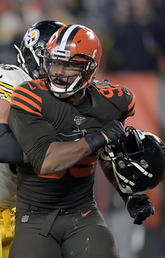 Myles Garrett, Don Cherry and the changing nature of the sports boys club