Alumni nurses reunite and reminisce on their nursing journeys

It has been over 45 years, but the memories for Arlene Johnston (BN’79, Med’81) and Wes Radulski (BN’82) are as fresh as when they first met at Rockyview General Hospital. The reunion of the pair in October this year at a Calgary restaurant coincided with a cross-Canada trip for Radulski and wife, Barb, also an RN, who have lived in Melbourne, Australia for the past 16 years. Johnston and Radulski spent a few hours reminiscing and recalling colleagues they admired and worked with on their respective journeys.

“I met Wes when I was head nurse and had been managing the medical unit for about 10 years,” says Johnston now. “He was a male attendant at Rockyview and had such a way with patients and staff that I suggested he consider becoming a nurse.”

“I liked the work of nurses,” admits Radulski, “but I was a high school dropout. I had worked retail in Calgary and as a shipper in Hay River, NWT. After my Rockyview job,  I decided I would finish high school and apply as an adult student to the University of Calgary.”

Radulski took a year to complete his grade 10/11/12 in Red Deer and then joined UCalgary Nursing in 1977. As one of only two male students, he recalls walking into his first class “looking like a bushman, having just moved back from up north and sporting a big beard. The instructors took one look and said ‘this is nursing. Are you in the right place?’”

Nearing the end of his first year, Radulski realized “I had only looked after male patients. I was going into an obstetrics rotation and I said ‘I need a female patient before that happens.’ It was new for everyone.”

Meanwhile Johnston, after 20 years in acute care, had joined the first class of the Post Diploma RN program at Nursing, graduating in 1979. She was immediately hired as an assistant professor by then-dean Marguerite Schumacher, tasked with coordinating and teaching medical-surgical nursing to third year students.  And as serendipity would have it, this was just the time Radulski entered his third year and so once again, the pair met up.

Radulski completed his degree in December of 1981 and convocated in 1982, only the second male to graduate the program. After jobs at Calgary General Hospital, a small hospital in Northern Alberta, as head nurse of emergency in Kelowna and in systems research and education back at Calgary General Hospital, Radulski moved to Ontario to work for several years before heading to Australia. He currently manages a dental hospital in Melbourne.

Radulski has been a mentor with UCalgary Nursing’s NurseMentor program for three years which matches alumni RNs with undergrad student mentees for advice, support and collaboration.

“Most everybody loves to help people,” he says. “And the body of knowledge is huge in health care today. I just tell students ‘remember your learning, your education and you can succeed.’” And maybe remember your old friends too. 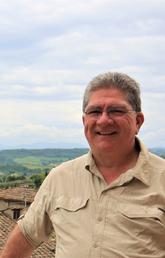 Never underestimate your impact as a nurse, says UCalgary Nursing alumnus in Australia