The storm arrived with almost no warning and didn’t relent for hours. It was the middle of April 2013 and a blast of spring snow was pounding Alberta and the Northwest Territories.

Drs. Marlies Houwing, MD’14, and Steve Griffith-Cochrane, MD’14, remember it well. The blizzard is one of the first things that comes to mind about their adventure of a lifetime. The couple packed their trusty Subaru with everything they could fit and left life in the big city behind to start medical clerkships in Yellowknife.

“Huge snowflakes created white-out conditions. It was bitterly cold — snow everywhere. There was no shoulder in places on the highway and semi-trucks were barreling down one after the other,” recalls Griffith-Cochrane. “It was quite an initiation to our new life.”
That memorable white-knuckle drive to the territorial capital came when they were participants in the University of Calgary Longitudinal Integrated Clerkship (UCLIC). Dating at the time, Houwing and Griffith-Cochrane were both interested in practicing medicine in a rural or remote location.

“We requested Yellowknife and got it. We thought we would love the larger centre with a remote flavour,” says Houwing.

It turned out she was right. Houwing is originally from Edmonton while Griffith-Cochrane grew up on Vancouver Island before they met in Calgary. Despite their frosty introduction to the Northwest Territories, the couple persevered and quickly fell in love with the vast landscape and welcoming residents.

So much so, they ended up putting down some roots. A year after their clerkship, now married, they returned to Yellowknife as family doctors. (No dramatic storm on the way up this time, thank goodness.)

They practice mostly out of the Frame Lake Clinic, near the Stanton Territorial Hospital, the city’s main health-care facility. Both also regularly visit surrounding communities to see patients who are unable to get to town.

UCLIC is a rural and remote experience offered to undergraduate medical students through the office of Distributed Learning and Rural Initiatives (DLRI). The CSM has a distinguished history as a distributed learning pioneer, with more than 200 students making their way through the program since 2009. Students in the program have been placed in nine rural or remote communities this year.

To support academic excellence, students are matched with a local physician who is a trained educator, known as their preceptor. In the case of Houwing and Griffith-Cochrane, Dr. David Pontin, MD, helped oversee their learning experience.

“The UCLIC program has been a real boon for us in the Northwest Territories. Students not only integrate into our health system but our community as well,” says Pontin, the clinical lead at Stanton Territorial Hospital. “They get a feel for living in the north and many find it is a location and career that suits them.”

“The CSM offers a community of rural physician teachers across Alberta and the Territories,” says Dr. Aaron Johnston, MD, director of DLRI. “On rural rotations, students quickly become an invaluable part of the medical team. The rural setting offers a student the full scope of medical practice. It’s a uniquely personalized and hands-on learning experience.”

As an example, a typical week for a student in the program might include visits with patients through family practice, executing surgery alongside local specialists, consulting with local allied health professionals and an academic day built into the schedule.

Some students, like Houwing and Griffith-Cochrane, return to start their careers in the communities they served as students.

“Yellowknife has a lot of people originally from somewhere else, so we found it easy to make connections and integrate into the community,” Houwing says.

“We loved the people and the continuity with patients, preceptors and the local health-care system in general that came with practicing in a community of this size.” Yellowknife’s population is just under 20,000 people.

“It’s been great. Wouldn’t change a thing,” says Griffith-Cochrane. “Well, except maybe our first drive up.”

Dr. Aaron Johnston, MD, is the director of Distributed Learning and Rural Initiatives. He is a clinical associate professor in the departments of Emergency Medicine and Family Medicine at the CSM.

Providing quality health care to rural areas is a global issue. According to the World Health Organization, approximately half the global population lives in rural areas, but they are served by only 38 per cent of the total nursing workforce and by less than a quarter of the total physicians workforce.

In 2016, the Canadian Institute for Health Information reported that 92 per cent of all physicians in Canada worked in urban areas — yet almost 20 per cent of the Canadian population lived in rural communities. 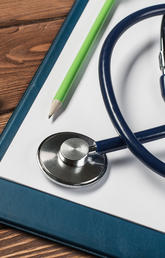 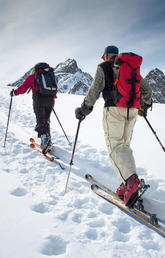 Improving mobility for life for all Albertans 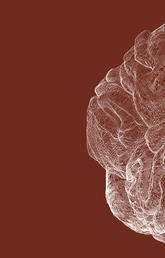 At the forefront of brain cancer research 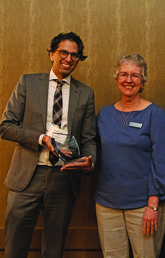