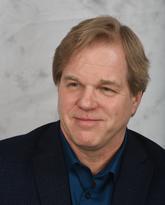 Scott is the Calgary Zone Department Manager for Critical Care Medicine, Emergency Medicine and Obstetrics & Gynaecology.  Scott assumed the Critical Care portfolio in Sept 2017, Obstetrics & Gynaecology in July 2018 and has continued to serve as the Zone Manager in Emergency Medicine since 2008. Scott completed his Master of Business Administration degree (MBA) at the University of Calgary in 1993 specializing in Human Resources and International Management, and his Bachelor of Arts Honors degree in 1989 from the University of Regina.  Scott is a 23 year Chartered Professional in Human Resources (CPHR) in Alberta, and holds a Certified International Trade Professional Designation (CITP) in Canada.  Previously Scott served as the Vice President of Operations & Human Resources at The Brenda Strafford Foundation, and as Senior Vice President & Chief Operating Officer at a for profit healthcare college in Oahu, Hawaii.  He has also served as an International Development Consultant with the Canadian International Development Agency in Guyana, Manager of the Mount Royal University Small Business Training Centre, and as a Market Intelligence Research Officer at the Canadian High Commission in Trinidad.  In addition, he served as the Manager of Business Training & Commercial Accounts with the Business Development Bank of Canada.   Scott has lived and/or worked in Hawaii, Canada, Trinidad, Guyana, Haiti, and Dominica.  Scott is married and has very active 6 and 8 year old boys.  He enjoys spending quality time with his family, his French bulldog, jogging, travelling, and volunteering with World Vision.