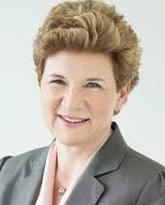 Dr. Guichon's work focuses on issues that arise at the intersection of law, health care, ethics, religion and journalism. She has authored several academic articles, presented at academic conferences, and was senior editor of the book, The Right to Know One's Origins: The Best Interests of Children of Assisted Human Reproduction (Brussels: ASP, 2012). An award-winning lecturer and seminar leader, Dr. Guichon is a frequent contributor to public debate and has founded four child health advocacy groups: HPV Calgary, HPV Canada, the Canadian Alliance to Support Immunization-Alliance Canadienne pour l'Immunisation and Banding Against Menthol. Two of these organizations encouraged 12 Canadian school boards to reverse their decisions to ban in-school administration of the HPV vaccine. Dr. Guichon is the recipient of the Canadian Medical Association Medal of Honour, and the Canadian Public Health Association's National Public Health Hero Award, and has been invited by the Canadian House of Commons and Senate to testify in public hearings on health matters. A graduate of Yale University, she earned two law degrees at Oxford University where she was a Commonwealth Scholar, and a doctoral degree in law at the University of Toronto. She was called to the Bar of Ontario. A native of Calgary, she has taught also at the Universities of Toronto and Brussels.