By Heath McCoy, Faculty of Arts

As we prepare to switch our clocks back an hour to standard time on Nov. 3, in keeping with the twice-a-year time change, those who loathe the practice may take heart in the notion that it may be on its way out.

Provincial governments in Ontario and British Columbia both have movements afoot to abolish the time change and Alberta took a crack at doing the same in recent times. Similar talks are underway in the European Union and, in the U.S., 27 states are giving serious consideration to ditching the switch, with Florida, Washington and five others awaiting congressional approval for the move.

These are positive developments, according to Dr. Michael Antle, PhD, a professor with the Department of Psychology at the University of Calgary whose research is focused on circadian rhythms, the internal clocks in our brains which help moderate our sleep/wake cycles. What’s not so positive, says Antle, is the fact that everybody moving to make the switch is pushing for permanent daylight saving time (DST), opting, essentially, for a longer work day, with sunrise and sunset coming an hour later.

Every year in April, when we’re forced to switch the clocks ahead by an hour, there are documented increases in car accidents, heart attacks, workplace injuries and strokes. It’s even been found that judicial sentences tend to be harsher at this time.

DST delays the onset of morning light and our circadian clock depends on morning light to be in proper alignment, says Antle, who is weighing in on the matter as vice-president of the Canadian Society for Chronobiology.

Antle explains that humans live by three clocks. These include the light clock, or, solar clock, and the body clock, with the circadian system in our brains. Third is the social clock, governed by the demands of work, school, and other social responsibilities and activities. While our circadian clock is meant to follow the solar day, society dictates that we follow the social clock.

“The problem is that our social clock and our circadian clock are often in conflict,” says Antle. “When your boss tells you to be at work before your body clock says you should be, that leads to be something we call social jet lag.”

He adds: “The human circadian clock runs a little slow and we have to nudge it forward and reset our clocks each day. Slow clocks need morning light. With DST, we get less light in the morning and more light in the evening and this actually exacerbates the constant mismatch between our body clock and our social clocks.”

Antle points out the health risks at play with a move to permanent DST. Evidence shows that later sunrises/sunsets can contribute to increased rates of cancer, obesity, diabetes and heart attacks. Further, rates of seasonal depression increase as daylight exposure decreases. Morning light has proven to be most effective in treating seasonal depression.

Schoolchildren would also be negatively impacted by permanent DST. Studies show that more time between dawn and the start of the school day — which would be maximized by permanent standard time — is preferable, leading to better rested children with higher grades.

Antle notes that Canadians would be even more impacted by the switch to permanent DST than our neighbours to the south. “For Canadians it’s a bigger issue because we’re so far north and, in the winter, our days are short to begin with,” he says. “If we make the switch, where we have more light in the evening and less in the morning, we’re giving ourselves a double whammy. Especially in the winter months when there’s not enough light to be had.”

Albertans, who live in the mountain standard time zone, would be affected even more negatively by the permanent DST move. Our exposure to daylight fluctuates within time zones, depending on where one is geographically located within their zones. The further west we are within our time zones makes for later morning light.

“If we move to permanent DST, in December, our sunrise in Calgary will happen after 9:30 in the morning,” says Antle. “In Edmonton it will be closer to 10. In Grand Prairie, almost 10:30. That’s not good for anybody. We all need as much morning light as possible.”

Led by the Hotchkiss Brain Institute, Brain and Mental Health is one of six research strategies guiding the University of Calgary in its Eyes High strategic direction. The strategy provides a unifying direction for brain and mental health research at the university and positions researchers to unlock new discoveries and treatments for brain health in our community. 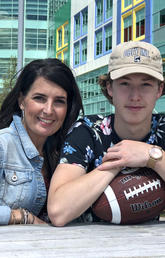 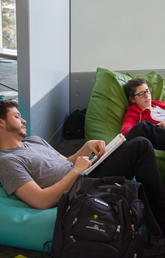 Today is World Sleep Day: Are you getting enough?

Insomnia in pregnancy is common but it’s not normal. Here’s how to beat it