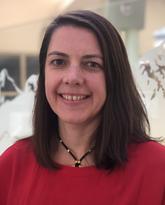 Emma Folz is the Executive Director for Critical Care, Cardiac Sciences, Medicine and Respiratory Services at the Peter Lougheed Centre. Emma’s clinical career has predominately been in Pediatric and Neonatal Critical Care Nursing, working at various pediatric health care facilities in Australia, the United Kingdom and Canada. She has a BScN in Nursing and earned a Masters of Arts (Leadership) degree from Royal Roads University, Victoria, British Columbia in 2011. In 2016, Emma was awarded the College and Association of Registered Nurses of Alberta (CARNA) Award for excellence in administration, the highest honour recognised provincially for RN’s in Alberta. In 2017, Emma was an award recipient of an AHS President’s Excellence Award: Outstanding Achievement in People Excellence for leading the work of the Alberta Children’s Hospital Critical Incidence Stress Management Team, and in 2019, for an AHS President’s Excellence Award: Outstanding Achievement in Quality Improvement for leading work on a provincial ICU Delirium prevention initiative. Emma’s passions include building high performing teams, quality improvement initiatives that span the patients’ healthcare journey and creating positive patient and family relationships and experiences.
Outside of work, Emma can be found with her family of five on the ski hill or the mountain bike trail.