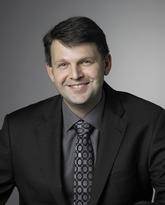 Dr. Benedikt Hallgrimsson re-appointed head of the Department of Cell Biology and Anatomy.  The Appointment to a second five-year term takes effect July 1, 2019.

Benedikt is an internationally recognized biological anthropologist and evolutionary biologist. His groundbreaking research combines developmental genetics and bioinformatics with 3D imaging and morphometrics (the quantitative analysis of form). His study of phenotypic variation is helping us to better understand the earliest building blocks of life and the development of people, animals or organisms.

A part the University of Calgary family since 2000, Benedikt is a professor in the Department of Cell Biology and Anatomy. He is an adjunct professor in the in the Faculty of Arts and the Faculty of Veterinary Medicine. Benedikt is also the scientific director, Basic Science, at the Alberta Children’s Hospital Research Institute (ACHRI). He is a member of ACHRI and the McCaig Institute for Bone and Joint Health.

An experienced institutional leader, Benedikt was the founding director of our Bachelor of Health Sciences program, serving from 2001 to 2007. He was also instrumental in the development of the Faculty of Veterinary Medicine.

The recipient of numerous research and teaching awards, he was named a fellow of the American Association for Advancement of Science earlier this year.

Fellow of the American Association for Advancement of Science - 2019