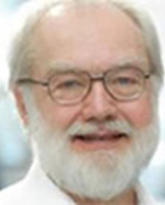 Dr. Stell was born in Syracuse, New York, and raised in the USA. He has degrees from Swarthmore College (BA, High Honors, Zoology) and The University of Chicago (PhD, & MD With Honors), and he spent 5 years as Postdoctoral Fellow at the National Institutes of Health (Bethesda, MD). He was a faculty member at UCLA, as Professor of Ophthalmology in the Jules Stein Eye Institute, for 8 years starting in 1972. He moved to the University of Calgary as Professor, Head of the Division of Morphological Sciences, Director of the Lions' Sight Centre, in 1980. He is now Professor of Cell Biology and Anatomy, a full member of the Hotchkiss Brain Institute, and Associate Member of the Alberta Children's Hospital Research Institute, in The Cumming School of Medicine. His research specialty is retinal neurobiology and vision, especially as they apply to understanding and preventing myopia (near-sightedness) and inherited disorders of visual processing in the retina. His research has been supported by the National Institutes of Health (USA), the Canadian Institutes for Health Research, and the Natural Sciences and Engineering Council of Canada, among others, and he is the author or co-author of over 100 peer-reviewed research papers.
Dr. Stell was Chair of the Scientific Advisory Board of the Foundation Fighting Blindness (Canada) from 1989 to 1995. He has supported the activities and aims of the Foundation ever since, and became Director of Scientific Programs for the Foundation in July 2007; he retired from this position, which is now called "Expert Scientific Advisor", in 2016. The Foundation funds essential vision research at universities and teaching hospitals across Canada, aimed at discovering the causes, treatments and ultimately the cures for retinal diseases such as retinitis pigmentosa (RP) and age-related macular degeneration (AMD).

An important facet of Dr. Stell's life is travel, building bridges to people in other countries and cultures, and fostering international collaborations. These days, the internationalization of Dr. Bill shows itself in mentoring of students in Australia, China and the Philippines; collaborating with researchers in these countries plus Hong Kong, Japan and Argentina; mentoring undergraduates, many of whose families came recently from Asia, Africa, Latin America or the Middle East; and networking with people all over the globe via Facebook. (All this, for a guy who doesn't even own a cell phone!)
Dr. Stell is, as you can imagine, a very serious academic scientist and educator. (LOL ©) But he does have a lighter side. In his spare time (do professors HAVE spare time, he wonders?), music has always been his other life. As a college undergrad, he played saxophone and sang Everly Brothers duets in a rock 'n' roll quartet called The Turks, and more recently - MUCH more recently! - he sang semi-professionally for ten years in the Calgary Opera Chorus, as well as in Christmas Cheer, a party- and mall-strolling caroling group. With Dr. Stell, you never know for sure what character will turn up, and he especially enjoyed playing an escapee from the lunatic asylum in the Calgary Opera production of Sweeney Todd - nothing like type-casting, eh? He loves making puns. He also loves teaching and mentoring younger scientists and doctors in training - undergraduates, graduate students, and medical students; and he relishes discussing the eye, vision, and preserving and restoring eyesight.
He hopes that you will call him just plain Bill.
Or "Dr. Bill", of course ... the "doctor bill" you don't have to pay.©