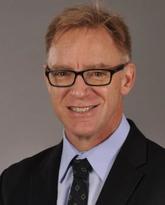 Dr. Kortbeek has served as regional Trauma Services Director for Calgary, as director of the Intensive Care unit at the Foothills Medical Centre, and as Chairman of the Department of Surgery for Alberta Health Services (Calgary) & the University of Calgary.

He has been an active member of many surgical and trauma organizations and editorial boards and has authored many books and publications. He has previously served as President of the Trauma Association of Canada, as Chair of the Advanced Trauma Life Support subcommittee of the American College of Surgeon’s Committee on Trauma, as a Governor for the American College of Surgeons and as a Director of the Shock Trauma Air Rescue Society in Canada.

Dr. Kortbeek has received a number of meritorious and distinguished service awards from organizations including from the College and Association of Registered Nurses of Alberta, the Alberta Medical Association, the Trauma Association of Canada and the American College of Surgeons.