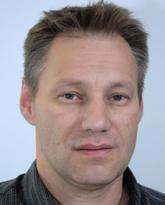 Dr. Paul Kubes is a basic scientist with a focus on mechanisms of disease involving acute and chronic inflammation. Dr. Kubes received his PhD from Queen’s University, followed by post-doctoral training in Shreveport Louisiana with Dr. Neil Granger. Dr. Kubes joined the faculty at the University of Calgary in 1991 as a member of the Department of Immunology. Since arriving, Paul has focused his research on understanding the complex field of inflammation, and the role of neutrophils particularly involving their interaction with vascular endothelium, the role of neutrophils in acute sepsis, and the use of invivo high fidelity dynamic imaging to understand the activation and interaction of white blood cells with other tissues. This year, Dr. Kubes published papers in Cell on sterile injury (Impact factor greater than 30) and Journal of Experimental Medicine, Cell Reports and Cell Host Microbe in the area of infections common to the ICU. These journals all have an impact of 10 or higher. Dr. Kubes also has a CIHR Foundation Grant and a CIHR team grant in lung inflammation. Dr. Kubes is the inaugural Snyder Chair in Critical Care Research. Dr. Kubes has led multiple team grants and other initiatives including multiple Canadian Foundation for Innovation grants awarded to the University of Calgary, CIHR training team grants for developing translational research, and was a Principal Investigator for the AHFMR Sepsis Team Grant. Dr. Kubes is also the inaugural leads the priority initiative in Infection Inflammation and Chronic Diseases for the VPR. Past graduate students and post-doctoral fellows are now in academic positions globally. He has received numerous awards and accolades including as a past recipient of the Canadian Institutes for Health Research Health Researcher of the Year for 2014. As the Snyder Chair in Critical Care, Dr. Kubes has dedicated his time and talent to developing translational research related to critical care including investing in the next generation of clinician scientists.