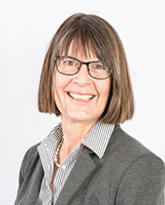 Understanding how cellular proteins maintain their correct conformation is a central problem in cell biology. Little is known about how this process occurs in vivo.  Furthermore, most proteins can exist in more than one conformation and many proteins must change conformation (and activity) regularly.  The accuracy and efficiency with which protein conformational states are regulated are essential to the life of the cell.  In neurons, there are significant demands on cellular folding events. Complex interactions between multiple cellular components underlie synaptic transmission, a process that occurs with speed, precision and plasticity.  Rigorous synaptic quality control mechanisms are widely thought to provide defense against the detrimental effects of functionally impaired synaptic proteins, however many questions remain.

My research program is aimed at understanding the role that molecular chaperones have in synaptic function. Many neurodegenerative diseases are characterized by the misfolding and subsequent aggregation of toxic proteins.  Although the toxic principal operating in these disorders is far from being understood, molecular chaperones are potent modulators of misfolding diseases.   Important but poorly understood issues are: What is the neural quality control machinery that circumvents the accumulation of misfolded proteins? Why does the protein quality control machinery cease to cope with misfolded proteins at a certain point in life?

An important and poorly understood issue is how neurons maintain a balance between protecting proteins and preventing accumulation of misfolded proteins.  Due to the lack of knowledge of the mechanism(s) of action of many neural mammalian chaperones, my laboratory has embarked upon the investigation of synaptic chaperone systems.  It is through the acquisition of this pioneering information about synaptic chaperones that a consensus as to the role(s) and mechanisms(s) of mammalian chaperone systems will emerge.  Identifying effective therapies and prevention for adult onset neurodegenerative disease remains a current challenge and pharmacologically targeting chaperones represents a promising strategy for altering disease-modifying pathways.