One historic step for climate change, one giant kick in the rear end for Alberta and the rest of Canada besides.

That’s how two UCalgary climate experts are responding to what is being called the most ambitious piece of environmental legislation in North American history, a key part of a $750 billion spending strategy signed into law Aug. 16 by American President Joe Biden.

“We’ve been talking in the right direction and doing specific things such as some excellent CCS projects, but it’s been too slow. This is a firm call to action, for Alberta and Canada,” says Steve Larter, a former Canada Research Chair and professor of petroleum geology, who is associate vice-president (research and innovation) at the University of Calgary.

“Up until this point, both the U.S. and Canada have been laggards in dealing with climate change — a lot of mostly talk and arm waving — but not enough real action. Now, the bar goes up.”

Get on board or get left behind

The motivation to take climate change more seriously comes after the Biden administration signed the Inflation Reduction Act into law, with about $390 billion of the health care, tax and climate bill devoted to combating climate change and bolstering U.S. renewable energy production.

A major focus of the bill is displacing fossil fuels from the power sector and included in the bill are incentives for private companies to produce more renewable energy and for homeowners to reduce fossil fuel use and consumption, including tax credits for electric vehicles and heat pumps to electrify heating.

Canada connections were explicitly included in the bill, and several areas where Alberta is strong, such as hydrogen and carbon capture and storage (CCS), were supported.

Larter says it's a simple decision when your biggest trading partner and key energy customer commits to building a climate change economy: You can get on board, or be left behind.

“If we’re going to be serious, we have to stop talking about how innovative we all are, build on our strong foundations and actually do it at massive scale,” he says.

“There were lots of R&D investment incentives in the bill, including even for less well- established technologies such as DAC, where Canada is a leader. There was also, a tax on stock buybacks, so with plenty of resources in industry today and with increased government support and directed policy, it should be a time of phenomenal investment and solution creation, not just traditional value taking.”

With the U.S. joining the world in looking for ways to capture and store greenhouse gas, Larter says a province like Alberta can remain a key player in the energy industry.

“Alberta and Western Canada’s sedimentary basin is a super reservoir for storing CO2 from industrial processes, or from air capture, so you can imagine that just as Britain and Norway, who also have  excellent CO2 storage capabilities in the North Sea, are going to be ‘CO2 trash collectors’ for Western Europe, Canada has a big opportunity here,” he explains.

Some CO2 already comes north, says Larter, so there is no reason this could not increase, especially as permitting restrictions in the U.S. may limit their CCS capability in the shorter term.

Plateau on the horizon for fossil fuels

Dr. Sara Hastings-Simon, PhD, is an expert in energy, innovation, and climate policy, and she agrees that the Inflation Reduction Act places Alberta at an economic crossroads.

As a macro energy system researcher focused on understanding how low-carbon energy transitions happen within different sectors of the economy, Hastings-Simon says policy responses can improve outcomes for places like Alberta.

“Alberta really needs to have an economic plan in place that is robust for this future, where in the near term there is a real possibility of a plateau and decline in demand for oil, along with a declining price,” says the assistant professor of physics and astronomy in the Faculty of Science, and at the School of Public Policy.

“If we don’t reconcile with the potential that this is happening — and this bill will turbo-charge that change — we’re making a big mistake as a province.”

She points to the global growth in electric vehicle sales as an example, saying while the numbers are still below traditional cars, all signs are pointing to a pandemic-like boom in sales, along with a reflective decline in the need for oil and gas in daily transportation.

“The best advice for this province is to really take note of where the demand for our products is going in the future,” says Hastings-Simon, who also directs UCalgary’s Master of Science in Sustainable Energy Development program.

“There is the very serious possibility we have seen the peak of internal combustion vehicles already. We really need to see the writing on the wall and take action now, because it will be too late later.” 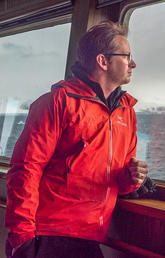 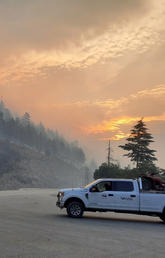 Let’s talk about the weather. Please! 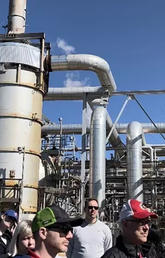 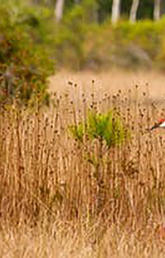 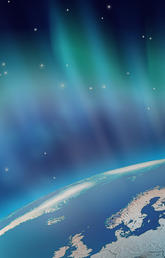 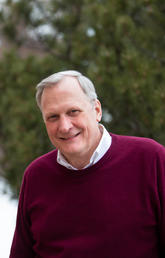