Sudden cardiac arrest can cause the deaths of an estimated 35,000 Canadians each year. It was actually the death of her friend’s father on a golf course in 2017 due to sudden cardiac arrest, surrounded by a group of people who didn’t know CPR, that motivated Heather Agren, BN’02, to ensure this didn’t happen to anyone else. Since then, she’s made it her mission to teach as many people as possible the critical skill of hands-only CPR.

“Everybody needs to know compressions, that it's not about mouth-to-mouth anymore, it's not complicated, it's compressions. It's an AED [automated external defribrillator], if you know how to use it,” she says.

“It wasn't that necessarily her dad could have been saved — chances are he might not have been — but it was moreso that his wife, four daughters and many grandchildren, friends and family would be able to move on knowing that everything that could have been done for Ken, was done for him.”

Agren says this motivated her to develop the education program Compression-Only Resuscitation for Everyone (CORE) through the Self-Expression and Leadership Program with Landmark Worldwide. In 2019, on behalf of the Libin Cardiovascular Institute, as part of Grey Cup Week celebrations, Agren and her co-workers helped to train more than 600 people on compression-only resuscitation at the BMO Centre. While her goal is to have as many Calgarians trained in compression-only CPR as possible, Agren has lofty visions of expanding it across Canada eventually.

Heather Agren recorded CORE for use by a sports medicine trainer for an Australian football team. She wanted to ensure the players all knew what to do in case of a sudden cardiac arrest.

Originally, Agren started nursing school to prepare for med school but after doing cardiac care for a practicum at the Foothills Medical Centre’s (FMC) CICU and then her final practicum internationally in Dublin, Ireland, she didn’t look back. “Once I got the taste for cardiac care in that fourth year, I've never wavered from that.”

“I'm the only person that I can think of that has worked all of those places simultaneously,” she says with a laugh. "At that point [Sept 2017], I was like, OK, I need to do some choosing here. 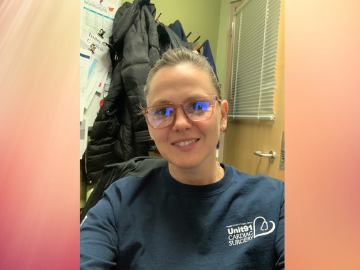 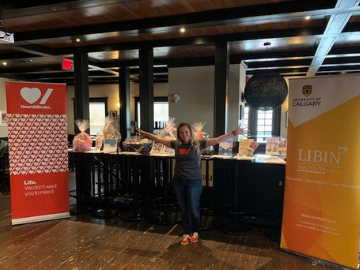 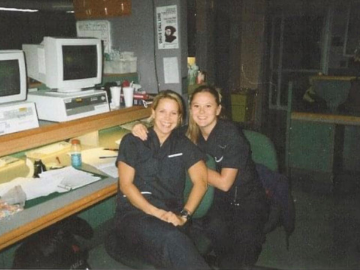 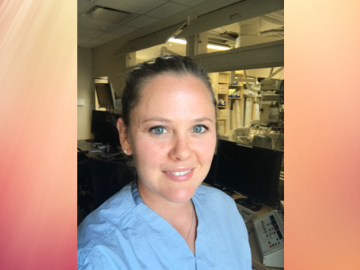 “There are amazing things we get to do in cardiovascular nursing and there’s so much autonomy and instinct that gets honed,” she continues. “You really have to trust the people you work beside. Some of these friendships are for life - they’re family.”

So what exactly does a CNE do?

“You’re so many things for staff when you're an educator. You're their confidant, their knowledge resource, sometimes you're just there as a space for them to vent,” says Agren. “For me, being an educator, my main goal was really to just empower the staff asking, ‘what do you need, how can I facilitate that, how can I make an impact?’”

Agren says with cardiac care, she’s enjoyed the high acuity setting and interacting with multiple patients and their families. Taking on the CNE role made her realize the bigger picture and responsibility of supporting staff and the possibility of affecting patient care for the whole unit.

“It's amazing and wonderful and so valuable — all of the work that we're doing as nurses,” says Agren.

Her advice for young nurses is to ask lots of questions, to connect with their educators on the unit and find a role model and mentor and to take care of their health and wellness.

“If you can get into the practice of a little bit of self-care and wellness now as students or fresh into your career, it will serve you in the future,” says Agren.

In this role, she primarily bridges the connection between the institute its clinical membership, which includes the cardiovascular physicians, nurses, nurse practitioners, nurse educators, all nursing staff and nursing attendants. She is now involved in everything from academic mentoring to clinical research, clinical program development and education initiatives as well as wellness programs for the institute’s clinical members.

CORE has been officially adopted by the Libin Cardiovascular Institute and training takes place in multiple community outreach settings.

Learn the simple technique and watch this kid-friendly training video to help empower you and your family on what to do if someone experiences a cardiac arrest.