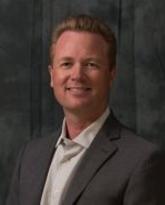 Dr. Tucker has executive experience with privately held & publicly listed biotech companies, having served as CEO, CFO and Vice President for 5 biotech companies over the past 15 years. Prior to that, Joe was a Health Care Stock Market Analyst with two investment banks and has also worked in technology commercialization for a University Technology Transfer Office. He has raised more than $10 million for startup biotech companies in both private and public markets. Dr. Tucker has led companies from initial idea through to late stage clinical trials, and from corporate inception through to successful acquisition or stock exchange listing. Joe won a Top Ten Life Science Company of the Year award (2007), and was nominated for Entrepreneur of the Year (Prairie Region) in 2005. He has 7 issued and 14 pending patents, and holds a PhD in Biochemistry and Molecular Biology from the University of Calgary.