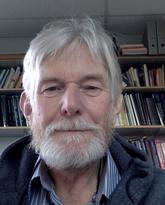 Dr. Hawkes graduated from University College London and completed a Ph.D at the University of Hull. After postdoctoral fellowships at the Hebrew University of Jerusalem, the Institute of Molecular Biology of the University of Oregon and the Friedrich Miescher Institute in Switzerland, he was recruited to Université Laval, funded by the Medical Research Council of Canada, where he set up a research lab to apply then new molecular biology techniques to the development of the cerebellum. Six years later he accepted the role of Head of Cell Biology & Anatomy at the University of Calgary. After ten years as Department Head he spent four years as Associate Dean, Faculty of Graduate Studies, followed by ten years as Senior Associate Dean Research in Medicine, for four of which he also served as Associate Vice President Research for the University.

Dr. Hawkes’s research concerns the structure and development of the mammalian cerebellum. His discovery of key patterning markers in the cerebellum – “zebrins” - is the foundation of the modern "zones-and-stripes" model of cerebellar organization. These studies of adult cerebellar architecture are the basis for understanding pattern formation during cerebellar development, which included the first identification of the canonical Reelin-Disabled signaling pathway. His collaborative studies of cerebellar development have extended to models of human disease including neuronal death in the childhood disorder Niemann-Pick, dysbindin-dystrobrevin interactions in nervous system correlates of muscular dystrophy, and the identification of a mutation in the ?1A-voltage-sensitive calcium channel gene that defined both novel in vivo roles for the gene in neuronal function and survival, and identified it as a key mammalian epilepsy locus. Finally, he invented and patented the dot immunobinding assay, an immunological technique that is used in labs worldwide and has become a “citation classic”.